record of the week

1  Rolf Riehm: Ihr, meine und eines ruchlosen Vaters Kinder; Die Tode des Orpheus
kreuzberg kr 10165
This is music in a state of alarm. Terrible stories are being told. In the first part of the first piece, a recorded male voice speaks the text of a play by Elfriede Jelinek, Der Tod und das Mädchen V, composed only of stage directions for an action that starts out with two women slaughtering a ram. The orchestra introduces this unseen but starkly present action with a nonchalant song sung in sounds of jagged glass (a motif to recur) and hectic trumpet signals. Later there will be derisive snarls and heavy circlings as if within a confine that cannot be escaped. The music is furious with its incapacity, dreads its incapacity, is driven by its incapacity. It is angry music, and it absolutely refuses any effort at sublimity. That makes it fiercely actual. It has no time of its own. It is in the here and now. It illustrates the action that is being described, but does so in the awareness of the absurdity of any such attempt. Its purpose is not to put forward images, metaphors. Its purpose is to be here, confronting us, and to speak here, occupying the large space of a concert hall so that its confrontation may be bold and unmistakable.
The second part of the same piece scans a mirror, faraway yet near: Hesiod’s narration of how Cronus, instigated by his mother Gaia, turns on his father Uranus. This is sung by a soprano (Alexandra Lubchansky, wonderfully agile and sounding absolutely precise). The orchestra for a long time is stunned into silence – a listening silence. When it re-enters, it does so sporadically and discreetly, a touch of word-painting here, of support there. Almost at the end the brass bray in, with an ignorant, useless gravity.
We may be stunned into silence ourselves, and feel our own ignorance, uselessness. There is nothing in music so bare, walking a tightrope without a pole. There is nothing in music that speaks – even with a voice cracked, necessarily cracked – more vividly and vitally to present anxieties.
It is with the words of the title, “You, children of mine and of an infamous father”, that Gaia begins her challenge to her offspring. They are words Riehm’s work redirects to us.
Ihr, meine und eines ruchlosen Vaters Kinder dates back to 2006; Die Tode des Orpheus is from a decade later. Everything that has been said of the earlier work applies to this one, except that the subject now is Orpheus, and in particular the death of Orpheus – or, as the title has it, “the deaths”, because, as we have learned from Harrison Birtwistle, the classical sources offer many versions of the Orpheus myth. In their discordant accounts, the ancient writers together may be said accord with the one matter on which they agree, that the hero-musician’s body was dismembered by women (an echo then here of the Jelinek play). Riehm adds his voice in creating a work broken between third-person narrative and first, between song and speech, and between countertenor register and baritone registers for the soloist (an extraordinary performance from Lawrence Zazzo), not to mention the lacerations within and between the orchestral elements.
Somewhat as in Ihr, meine Kinder, the outcome of the musical drama is a long lyrical solo of gathering power, but now the musical imagery is more sustained and poetic. Very near the opening is a cor anglais solo of angular beauty, and the whole closing passage has the orchestra strummed as if it were a gigantic Orphic lyre. Meanwhile, the soloist etches modern references into line’s from Gilgamesh’s lament for Enkidu, and the consistent power of the setting, the threadbare vociferousness, makes it almost seem as if they had always been there: “For your sake the high peaks of hills and mountains would weep…The tanks rumble and roll past.” In 2016 Riehm was thinking of ISIS and the destruction of Palmyra, to which he devotes a startling short movement. Across four thousand years it is the same story. 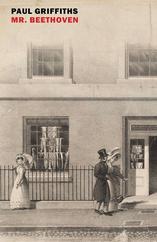 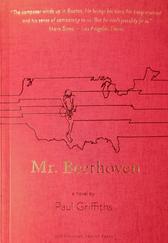 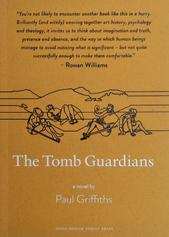