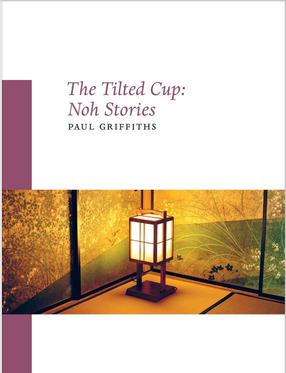 ‘This is a book of…vividly reimagined landscapes and the gracefully evoked pain of lingering ghosts. The stories are presented with a restraint well suited to the dignified aesthetic of Noh theatre, but they can be daring in their inclusion of details and turns of phrase that come not from the original texts so much as from images that the texts have suggested to Griffiths. Creative typesetting gives the story of Mount Fuji the shape of the mountain itself. Another story of endlessly convoluted love becomes a miniature Finnegans Wake. No attempt is made to spell out literary allusions, draw the Western reader into a world of foreign terminology, or recreate an alien theatrical experience. The approach is quite the opposite of exoticism. Each story has been stripped down to its bare bones, released from the encumbrances of footnotes and historical background, so that each narrative floats in a space as uncrowded as the arcades in the [accompanying] photographs.’ (Jay Rubin, Times Literary Supplement,14 February 2014)